In the summer of 2016, Detroit Mayor Michael Duggan and J. P. Morgan Chase Chief Executive Officer Jamie Dimon appeared together at an event in Washington, DC to discuss the ongoing and promising revitalization of the Motor City.  As is typical of an audience in that political city in the later stages of a national election battle, when the question and answer period arrived, one of the attendees asked the distinguished panelists: “What one thing would you tell the next President that she or he could do to help cities like Detroit?”

Mr. Dimon responded: “I’d tell the President that it is not one thing.”

The response states an obvious truth:  There are no simple approaches to solving complex problems.  Revitalizing disinvested urban neighborhoods and rural areas, creating communities of opportunity, alleviating poverty, and closing racial wealth gaps are among the many complex challenges facing our society.  Bringing in a diversity of people, institutions, perspectives, and interventions is needed in order to move the dial.

In the community development field broadly, cross-sector collaborative approaches have multiplied.  Examples include:

Each of these efforts recognizes that the complex challenges they are trying to address require the tools, resources, and insights of many actors in different fields or sectors of the economy.

Our nation’s increased focus on racial equity has elevated efforts to increase homeownership opportunities for communities of color. Large gaps in homeownership rates by race have persisted and contribute to the inequitable distribution of wealth. Owning homes will provide communities of color with wealth building assets that can become a source of intergenerational wealth transfers.

New cross-sector collaboration approaches offer the promise of closing homeownership gaps. The need for better systematic coordination to reduce the barriers to homeownership – especially for first generation home buyers – is quite pronounced when we reflect on how many different entities are involved in the home buying process, the list of preconditions to being able to buy a home, and on how complicated that process can be even for those with sufficient means.

Perhaps the most prominent manifestation of the reemergence of homeownership as a national goal is The Black Homeownership Collaborative spearheaded by the National Housing Conference in partnership with the Mortgage Bankers Association, the National Association of REALTORS, the NAACP, the National Urban League, the National Association of Real Estate Brokers, and the National Fair Housing Alliance and an endorsement list of more than 100 other stakeholders.  The Collaborative’s goal is to create 3 million net new Black homeowners by 2030 and increase the Black homeownership rate by 10 percentage points.  The Build Back Better plan working its way through the Congress embraced helpful provisions toward this cause including a down payment assistance program for first generation home buyers and a new tax credit – the Neighborhood Homes Investment Act – to support acquisition and rehabilitation of affordable for sale housing.

At its core, cross-sector collaboration is about getting the right constellation of players at the table.  The Mortgage Bankers Association (MBA) has launched a Black homeownership initiative called CONVERGENCE, that has adopted a cross-sector collaboration approach.  CONVERGENCE first launched in Memphis in March 2020 and its initial partners spanned the public, private, and nonprofit sectors – notably including the Tennessee Housing and Development Agency, the City and the County, mortgage lenders, Realtors and Realtists, civic and community leaders, and housing nonprofits.  The local leaders convened regularly, developed various work streams to overcome barriers in the market ranging across information/knowledge gaps on the part of potential homebuyers, trust gaps in the Black community with respect to financial institutions, market gaps – the lack of quality, affordable homes in the target Memphis neighborhoods – and a resources gap most focused on down payment assistance but including subsidies for housing rehabilitation.  The MBA has since launched a parallel CONVERGENCE initiative in Columbus, OH with a similar constellation of partners and a similar collective approach.  The MBA and its local partners have also been able to bring in national partners with analytical tools to better understand the market and intervene more effectively and with loan products that have applicability to the market needs such as those than can finance home renovations.

Learning from the experiences of other cross-sector collaborations like Invest Health, several keys to success have emerged.  The first is having strong leadership and the right partners at the table.  It is important to seek an institutional commitment to the collaborative as opposed to an individual commitment to the work.  Individuals can change roles, change employers, or change geography.  It is also critical that the partners are coming together around a common goal and that achieving that goal is in consonance with the mission and goals of each of the institutions involved.

It is very clear that these partnerships work best when there is a person whose job it is to manage the work.  Each of the partners in the collaboration has a role in their home organizations that will be their primary concern.  This primary role with their employer will always take precedence over their volunteer role with the collaborative.  The person or entity playing a coordinating role can do the blocking and tackling necessary to convene the partners, organize the work streams, and implement programs – e.g., homebuyer fairs – as these emerge from the collaboration’s work.  Of course, hiring the person playing the coordinating role requires a certain level of resources.  Sustaining the effort will require an ongoing process of raising funds and/or developing some sort of membership contribution.  CONVERGENCE Memphis, for example, has gotten a 501c3 designation from the Internal Revenue Service and has raised the initial funds to hire an Executive Director to manage the work.

Solving for wealth disparities requires systemic changes in society across education, employment, savings programs, and the ownership of assets.  Focusing on homeownership opportunity can make a valuable contribution. The barriers to homeownership for households of color are many and are usually the product of historical discrimination, but they are not insurmountable.  Cross-sector collaboration models have the promise of overcoming these barriers and creating pathways for more families of color to buy a home and begin the process of building wealth for themselves and their legacy. 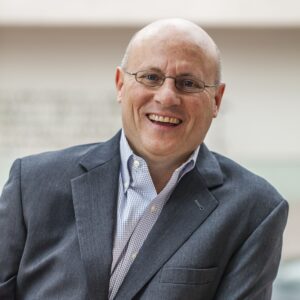 Paul Weech has more than 35 years of eclectic experience in the housing, community development, and financial services fields. He is currently the principal in his own consulting firm, Innovative Housing Strategies, LLC.

Prior to his consulting role, Paul was the president and CEO of NeighborWorks America, a Congressionally-chartered 501(c)(3) nonprofit that provides grants, training, and technical assistance to a network of more than 245 nonprofits across the country.

Paul previously served in senior leadership positions for the nonprofit affordable housing networks Housing Partnership Network and Stewards of Affordable Housing for the Future. Prior to those roles, he worked for nearly ten years at Fannie Mae culminating his service as the vice president for mission strategy and execution in the Business Strategy Group. He has held positions as chief of staff at the United States Small Business Administration, as staff director for the Subcommittee on Housing and Community Development for the U.S. Senate Committee on Banking, Housing, and Urban Affairs, and as senior analyst for Housing and Credit for the U.S. Senate Committee on Budget.

Paul received a master of public policy degree from the Ford School for Public Policy Studies at the University of Michigan in 1981 and a bachelor of arts in political science from Duke University in 1978. He currently serves on the Community Development Advisory Board for Morgan Stanley and on the Board of Neighborhoods, Inc. of Battle Creek.