The Legacy of Redlining on Black Maternal Health

Blog introduction by Olivia Foster, Reinvestment Fund  – The historical initiatives led by government, health institutions, and housing providers to maintain the status of African Americans as second-class citizens resulted in what Dr. Martin Luther King, Jr classified as “the most shocking and the most inhuman” form of inequity – injustice in health. Our guest blog this month, originally published by the National Community Reinvestment Coalition in December 2021, focuses on the lasting effects of redlining on maternal health outcomes. With multiple layers of disinvestment in both housing and health care leading to the inequity, Black mothers are especially bearing the weight of institutional neglect. Blog author Samantha Autar examines the practices and policies that so adversely affect Black women and their children.

During the New Deal Era of the 1930s, the discriminatory practice of redlining was introduced in the United States. Neighborhoods with immigrants and people of color were labeled  “red” and designated “hazardous” by the Home Owners’ Loan Corporation, and banks, realtors and public officials used those maps to deny loans and other investments in those neighborhoods. Despite its ban over fifty years ago, redlining policies from the last century continue to affect these communities today, especially Black populations residing in inner-city communities. Over time, this disinvestment led to housing instability and poor health rates in these communities, which, in turn, led to adverse effects on Black maternal health and birthing outcomes, which persist today.

Neighborhoods that were once affected by redlining continue to show increased risk of preterm birth rates in Black mothers. Historic and continued housing instability in these once redlined communities have been linked to maternal health complications, including hypertension and other neonatal risks. The JAMA Open Network found that preterm births in once redlined zip codes occurred at a rate 1.5 times greater than elsewhere. In other words, the legacy of redlining has contributed to racial health inequality and increased risk of preterm births and other complications for Black mothers.

Redlining’s contribution to housing instability has also led to overrepresentation of Black people among the homeless population, therefore increasing the risks for Black maternal health and birthing outcomes.

Housing instability can also create an environment ripe for gentrification, where rising housing and rent prices force longtime residents out of their homes to make room for wealthier, and more-often-than not, Whiter residents. This may foster high-stress environments, which also increases the chances of a premature birth, among other things.

Premature births are associated with numerous negative health conditions including both short- and long-term cardiovascular issues and social and behavioral issues. While the United States healthcare system continues to fail Black communities, it becomes difficult to escape this cycle of health inequity. 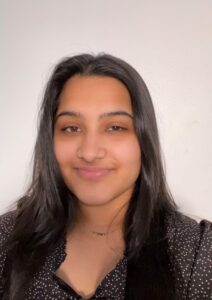 Samantha Autar is a third year Macaulay Honors student at the City College of New York, currently pursuing a bachelor of science in biochemistry with a minor in English. While on the pre-medical track, Samantha has explored her passion for public health through working, volunteering, interning, and shadowing in the medical practice industry. With her background as a Guyanese-American and first generation college student, Samantha has grown passionate for issues relating to public/global health, intersectionality, and immigration. As a distinguished fellow of her university’s Justice and Equity Honors Network, Samantha is able to work more closely with these issues alongside other passionate students.